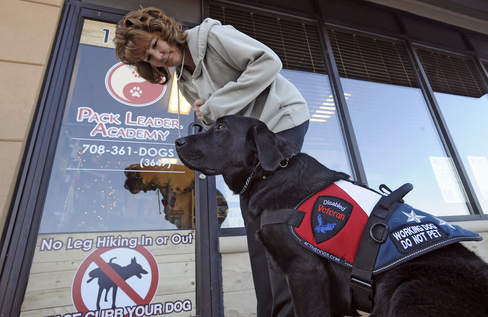 Committed to Providing Our Veterans With trained service dogs

The passing of Father Frank Cimarrusti is where the story of our organization begins. Our founder, Pam Barnett, was invited to Dave Cimarrusti’s (Frank's brother) house in Lake Bluff, IL. Dave invited her to come and say goodbye to Father Frank, who was near death. She found it odd that out of all his friends, he called her. She made the 52-mile journey in one hour and arrived before Father Frank made his final journey to heaven.

Pam sat there with Father Frank, talking to him and telling him to say hi to her mom and others. Even though she knew Father Frank was unconscious, he could hear her. She also told him about her plan to go back into the dog business. Father Frank and her practically talked about dogs every time they saw each other. At one point, Father Frank did something called surrogate training, where the owner's thoughts could become energy that dogs pick up on.

After leaving Dave and Marion’s house, Pam felt so sad that Father Frank was dying so young. Father Frank took his last breath about an hour after she left. In April 2011, a month after the funeral, Dave called her and said his American Legion Post 510 would like to sponsor her first PTSD service dog.

She said, "Dave, I am in the process of starting a new business, and I don’t have time to do that right now!" He wouldn’t accept no for an answer. And by the end of April, she received the first donation. 'Father Frank worked fast.'

Pam placed the check in a drawer. Every time she saw it, she would go on the computer and make some calls to labrador breeders hoping for one to donate a dog. After six months, she found a breeder, Anthem Labradors, that will donate a 2-year old black Lab to her. She picked the dog up on October 20th, 2011. The dog could not walk up and down the stairs, let alone sit still for 5 minutes.

She named the dog Frank and decided to try him out. In about one week, she saw so much progress that she cashed the check and took him to the veterinarian for all his shots and neutering.

Around this time, Pam received an email from someone at the V.A. in North Chicago about a veteran who was looking for a service dog and qualified for the program. Just before Christmas 2011, she asked this veteran if he had his choice what breed of dog would he have wanted? He said a German Shepherd. She thought about what he said and went to the breeder where she got her Great Shepherd.

Pam wanted to buy a dog already trained and then enhance the dog’s training with the additional service tasks needed to be a service dog. Together with the veteran, they raised enough money outside of their parish on Sunday to buy him a trained dog.

The next day, Pam got a call from a veteran named Chris. He came to meet her and Frank, without telling him that Frank was available. When Chris and Frank met for the first time, they bonded instantly. And by January 2012, Chris took the dog home and renamed him “Buster.” Pam told this story to Dave and he became seemingly upset that Chris was not going to keep the name “Frank.”

Pam thought Dave was upset about the name change since this all started because of his brother. Dave called her back a few hours later and said that when he and Father Frank were little boys, they would ride in the car with their mother, and if anyone came close to the car, she would say, “Watch out, Buster!” Pam nearly fell off her chair, thinking Father Frank was doing all of this. He always did this surrogate thought thing and now was able to do it from heaven.

At one point, someone bought Father Frank a stuffed Labrador and he named it “Buster.” He had this stuffed dog until he died.

Pam’s eyes were opened to the great need for trained dogs. The turning point came when the “Ladies of Harley’s” picked her for a donation in their poker run. She had to hurry to get this organization moving forward. In March 2012, she hired a lawyer to file her application for a 501(c)(3) nonprofit organization. The day before Father Frank’s 2nd death anniversary, she received her declaration stating some minor items that needed to be sent back to finalize her application. On May 14th, 2013, PAWWS officially became a nonprofit organization. The organization's founding is on the Feast Day of St. Matthias and also the day she met Father Frank.

Pam wants to thank God and Father Frank and all the people who saw to it that the PAWWS-Paws Assisting Wounded WarriorS organization would blossom into a group that veterans can come to learn and be a part of one of the best service dog programs in the country. She hopes to train as many veterans as possible to give them the knowledge needed and provide them with a trained service dog.

Our staff consists of professional dog trainers dedicated to the training of all our service dogs. Our canine candidates come from a variety of sources, including rescue dogs. The first step on the program is to train with us for up to 120 hours before placement. All our canine candidates must pass a series of temperament tests to be eligible for entry into the program.

All dogs must be at a pre-determined level of obedience before being handed over to the veteran. The team will take the CGC and CCGC tests before placement. The 'pairing process’ between the veteran and dog is critical because the ‘bond’ that develops between them is an essential element of the program. They will live together from that point forward. All placement and training fees are at no cost to the veteran.

Our service dogs are trained for a series of standard commands. However, depending on the individual needs of the veteran, the dog will undergo additional training for these specific tasks. The canine will then become an official ‘Certified Service Dog’.

A Certified Service Dog is allowed by law to enter public places such as the veteran’s workplace, restaurants, buses, stores, etc. These are rights outlined in the Americans with Disabilities Act (ADA).

Our program consists of several training stages, most of which are catered to the individual requirements of each veteran/canine team. These stages include individual and group sessions focusing on the following:

Each team shall satisfy a minimum of up to 120 hours of specific service-training and public access.

The skills learned in our program can also aid in new career paths for some of our veterans. These include:

All funding is derived from charitable donations. Please help our cause and donate today. Please check out the Supporters section to donate!

This is a review of our finances since we have started here at PAWWS. Thank you to all the donators and supporters that we have had along the way to make this happen! 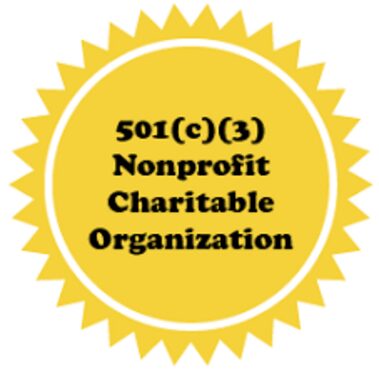 Thank you to all the organizations and all the patriotic individuals that have helped PAWWS. We could not take this journey without your kindness and generosity.

Some of the organizations that have provided support are listed below.

Please feel free to help our dogs and our veterans!
Thank you for your donation!

Reach Out to Us

For questions, concerns, or anything else you’d like to discuss with our organization, get in touch with our office today. We look forward to hearing from you.